A Vision Zero Dream for Canada

Working towards zero traffic fatalities, one step at a time.

by Michael Athill
On The Road

Vision Zero is an international initiative that aims to end fatalities and serious injuries caused by road traffic, i.e. zero deaths and injuries due to collisions. Awesome goal. But is it realistic?

According to Transport Canada, we average 5.2 deaths per 100 000. That’s way too many. How, as Canadians, do we make the leap to prioritize safety in our lives? Better education? More funding? Harsher penalties for infractions? All these subjects and more were on the table for discussion at Vision Zero. 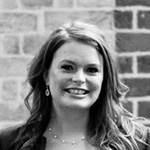 As the Onlia team settled in, Alex Kelly, Director of the Vision Zero Advocate Institute, kicked things off by telling us her vision of a safer future. "Vision Zero is a critical framework to shift mindsets around traffic safety and forces us to consider this: Why wouldn’t zero be the goal we all strive for? The truth of the matter is this: we have the evidence-based tools to create change in our infrastructure systems."

Forward-thinking ideas like these are becoming common in parts of Europe to help prevent collisions. Not so much in North America. Our culture and government policy needs to adapt in order to better prevent fatalities and injuries. 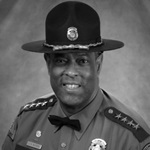 Following Kelly, Washington State police chief John Batiste advocated the need for a better cultural understanding of how marijuana affects drivers. In Washington, the legalization of marijuana has reversed a declining trend of vehicular deaths over the last few years. It was alarming to hear, considering marijuana is slated to become legal later this summer in Ontario. There’s a perception that being high isn’t considered “as bad” being drunk when it comes to driving. Batiste’s data showed it’s still a major concern and one that Ontarians need to take seriously. 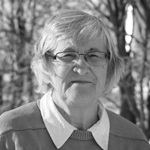 Speakers Erika Lefevre and David Stark have both lost a loved one due to a traffic collision. Not an accident, but a collision, as Lefevre put it. She argued that a person's conscious decisions behind the wheel that puts themselves and others in danger is not an accident at all. 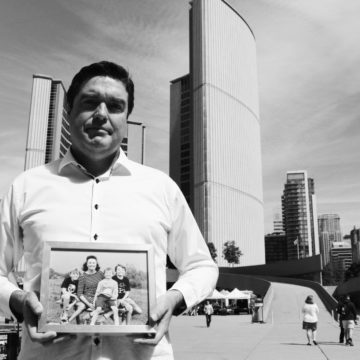 David Stark's presentation for me was personal. Like me, he’s a family man from Toronto. He lost his wife at an intersection I have driven through many times. I know the area like the back of my hand, and knowing what he had experienced so close to home sent shivers down my spine – and I don’t think I was alone in that feeling. Erika Lefevre and David Stark's emotional presentations were intense but their passion for safety on our roads was palpable. If there was any debate in the room about a need for a change in how Ontarians view road safety, it was ended right there.

Vision Zero struck a chord in me. I've become more aware while I’m driving, especially in keeping my hands away from my phone. I remind myself every day that whatever notification I have waiting for me, it can continue waiting until I park my car.

Vision Zero has come to Toronto at an important time. According to a Toronto Star report, 42 pedestrians and 4 cyclists died in Toronto in 2017. Traffic-related deaths are trending upwards, but doing our part in eliminating distracted driving and driving under the influence are steps in the right direction. And of course, partnering with great organizations like Vision Zero, and creating city-wide initiatives with local government that make a real difference for drivers and pedestrians, can a go a long way in keeping those close to us safer.

What's your Vision Zero dream for a safer Canada? Tweet us @OnliaCA #OnliaCA

Protect what you love with Onlia Insurance. It only takes a few minutes – no paperwork or phone calls needed.

Get your price
WHAT’S TRENDING
Stories that are gaining traction.