We address your burning questions about road safety.

by Team Onlia
On The Road

We’re big on safety here at Onlia, and so is our community. We’ve seen quite a few engaging conversations and comments on social media lately, and we wanted to chime in — both to give kudos to those advocating for road safety, and debunk some myths. We sat down to address some of these conversations in a recent video. Some of the topics mentioned run pretty deep in our city – does the war between drivers and cyclists war mean anything to you?

Now, we’re going to delve a little deeper into some of these hot topics. 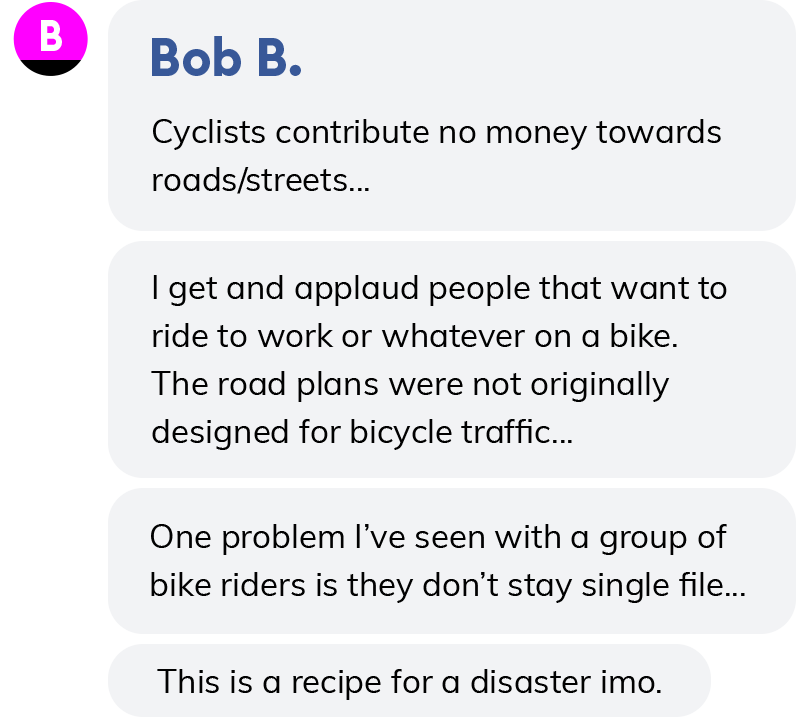 There seems to be unrelenting animosity between the drivers and cyclists of Toronto. According to a study from the Angus Reid Institute, 43% of individuals believe there is “quite a bit of conflict on the roads.” Some say the cyclists are entitled, others say that drivers don’t know how to share the road. So who’s in the right?

To put it simply, no one wins when either party is being unsafe. Drivers being aggressive towards cyclists and vice versa puts both in a dangerous situation; just consider the recent altercation in Toronto caught on video between an irate cyclist and driver. Some intersections and roadways can be difficult to navigate with all of the different types of traffic — whether it’s pedestrians, cars, cyclists, streetcars, or buses — and getting frustrated at each other won’t help calm your nerves.

Some complained that there’s no infrastructure for bikes and that they don’t need to pass any tests when it comes to road rules, as drivers do. The city actually looked into having bicycles licensed at least three times in the past for various reasons; but each time they considered it, the idea was rejected. Primary reasons included obstacles in maintaining an up-to-date and complete database and the difficulty of licensing child cyclists.

While it’s true that cyclists can ride without a licence, the Ontario government adopted a Complete Streets policy in 2017, mandating that streets are to be designed for all users, which means we all need to simply slow down and share the road.

Spending a few extra minutes getting to your destination is well worth sparing someone’s life. When you stop to think about your road rage being the difference between whether someone makes it home for dinner or not, it puts things into perspective.

What about the thrill?

Of course, there are always those who are after the thrill of speeding along the highway and zooming in and out of traffic. This may be a source of adrenaline for some, but it endangers the lives of the other drivers and passengers on the road — definitely not worth a dose of adrenaline, in our opinion.

Even if you don’t hurt anyone while stunt driving on a public roadway, you can get nailed with some hefty penalties. Your first offence can get you:

If you’re convicted for stunt driving for a second time within 10 years, the courts can suspend your licence for up to 10 years.

If you’re looking for an adrenaline rush, find a local racetrack where you can drive as fast as your heart desires. You can satisfy your need for speed, without risking your safety and the consequences of stunt driving on a public roadway.

Does road safety apply to pedestrians?

Yes! Knowing the rules of the road and staying alert is just as important for pedestrians as it is for drivers and cyclists. When vehicles get into fender benders with each other they usually face superficial damage, but when vehicles and people collide, the damage is much worse. It’s imperative for pedestrians to anticipate what other road users are about to do and who has the right of way in order to navigate the streets safely.

In 2018, there were 40 pedestrian fatalities in Toronto. Similar to defensive driving, pedestrians should always be aware and alert when walking the streets regardless of who has the right of way. Of course, drivers should give the road and its users their undivided attention, but it’s important for others to be on the lookout in case someone else slips up. At the end of the day, all that matters is that everyone’s safe.

Everyone knows the road rules, but do they know how to drive?

Many Canadians on the road believe that they’re not the problem – everyone else is.

In a study we recently conducted, it was found that 88% of Canadians would give themselves an A or A+ for their driving skills, yet 37% admit that they don’t feel well-informed about newly-introduced driving rules. Stats from our safe driving app, Onlia Sense™, reinforce this notion – when compared with drivers’ own perceptions of their ability, their drive scores ranged from 6-13 points lower than self-reported.

Confidence is key to driving defensively, but it’s important to back up that confidence with concrete knowledge Driver Safety Programs are a fantastic way to brush up on those skills you perfected to pass your driving test all those years ago, and maybe even learn some new ones. Instead of pointing fingers, drivers should be the change they want to see on the road, and lead by example.

What is Vision Zero?

You might have seen Vision Zero ads around the city, like on the TTC, and in bus shelters. Toronto adopted this five-year road safety plan to reduce traffic-related fatalities by prioritizing the safety of the road’s most vulnerable users. While the changes might not be immediately obvious, there are a number of pilots and initiatives happening around the city in an effort to reduce traffic-related deaths and injuries to zero – a lofty goal, but we’ve got to start somewhere, right?

Take, for example, the flexible in-road traffic-calming sign pilot. In-road signs were installed in the centre of the road between opposing traffic lanes; they’re meant to have a narrowing effect on the lanes and encourage drivers to slow down.

Cyclists and drivers might be glad to hear that the city has, indeed, taken note of their difficulty sharing the road. Cycling corridor enhancements have been made on a number of streets, including “refreshed and enhanced pavement markings, additional pavement symbols, and green markings, which highlight potential conflict areas between vehicles and bicycles.”

In addition, there have been more red-light cameras, community safety zones, and senior safety zones installed since 2016. Keep in mind, these are just a few examples of improvements being made around the city. We get that it can be difficult to see the results immediately, but the city is taking action to keep all road users safe. Learn more about Vision Zero and what’s happening in Toronto. 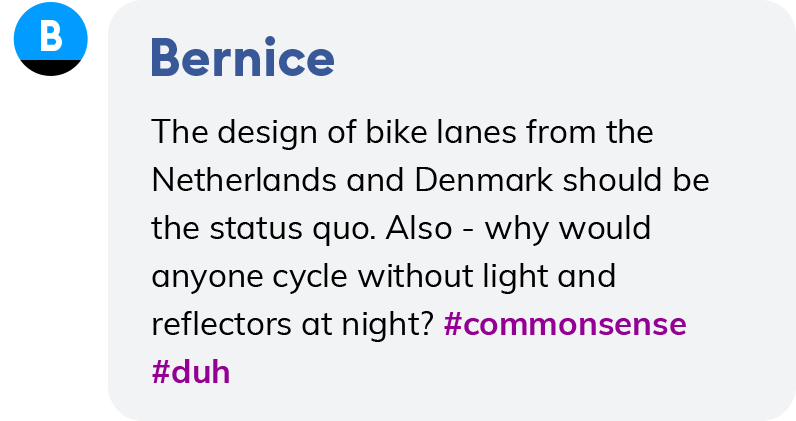 Funny you should say that – they’re kind of our inspiration when it comes to road safety. We’re backed by Achmea, one of the largest suppliers of financial services (mainly insurance) in the Netherlands. A portion of our staff is Dutch, too – including our CEO, Pieter Louter!

The Netherlands has been the world's leading cycling nation since 1912, and have invested in making their cities as bicycle-friendly as possible. With 32,000 kilometres of cycle paths and more bicycles than people, there’s definitely something we can learn from our Dutch counterparts. However, the Ontario government hasn’t left cyclists by the wayside – there are regulations in place to ensure their safety.

Ontario’s Highway Traffic Act states that any bicycle must have a white or amber light on the front, and a red light or reflector on the back. These need to be operational half an hour before sunset, half an hour after sunrise, and any other time it might be difficult to see you from 150 metres away. If your bicycle isn’t equipped with the proper lighting, you can get yourself a fine of $110 – better safe than sorry, as we always say!

Protect what you love with Onlia Insurance. It only takes a few minutes – no paperwork or phone calls needed.

Get your price
WHAT’S TRENDING
Stories that are gaining traction.